Sewer, Expansion at Glen and Travilah? 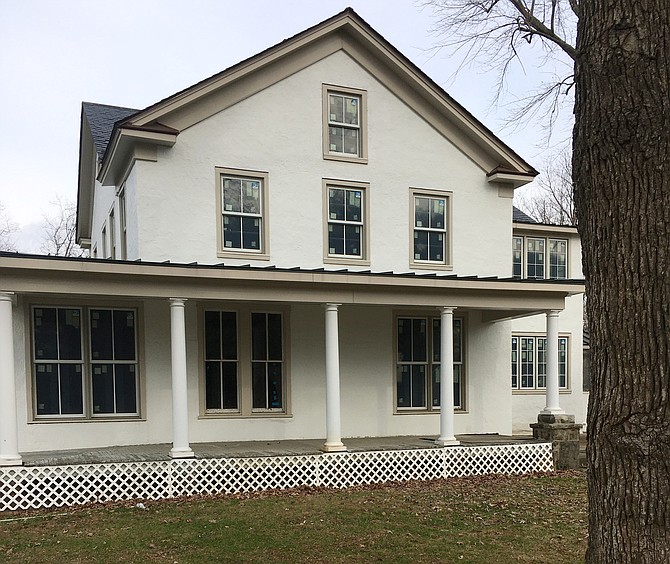 The White House at the corner of Travilah and Glen roads could become a country inn restaurant if owner Robert Eisinger gets approval for a sewer extension. Photo by Peggy McEwan 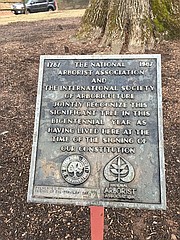 Some things stay the same. The Travilah Oak is 285 years old, recognized as standing at the time the Constitution was signed. The tree, part of the shopping center at Glen and Travilah, was measured in January 2011 by the Maryland Big Tree Program, and has a circumference of 18 feet, 4 inches; a height of 78 feet and a crown that stretches 108 feet. 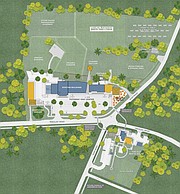 The West Montgomery County Citizens Association hosted developers Guy Semmes and Robert Eisinger at its November meeting, to hear plans for future development at Potomac Oak Center and the recently renovated white house across the street.

Plans not only include a sewer extension but seem to be dependent on the approval of sewer at both sites, which are outside the area where sewer is permitted.

“WMCCA has previously opposed such an extension, but we look forward to a discussion of their current proposals,” the association’s November newsletter said.

Semmes, one of the owners of Potomac Oak Center, said getting sewer is important for the future of the center.

“With sewer we can attract the tenants we want,” he said. “We don’t want everything to change, we want it to be better.”

Across Travilah Road from the center is the White House. It is owned and was recently renovated by Eisinger. He, too, says his project needs sewer service in order to see the promise of future plans for his property.

He is seeking a conditional use permit to convert the house into a country inn.

“Not for overnight [stays],” he said, “But a country Inn like Comus Inn or Old Angler's Inn,” two restaurants.

Both businessmen are seeking the change to sewer to upgrade their current sewage systems and therefore allow for more water flow and greater use.

Both properties and currently on well and septic.

Eisinger pictures the White House as serving up to 140 people per day with access to sewer, but only 40 without sewer, pulling some food and drink customers from those traveling to Glenstone, and also from surrounding residents. The old white house would also offer a stopping place for the many bicyclists traveling nearby country roads.

Members of WMCCA expressed concern about the increase of traffic on Glenn Road the changes would bring about. The road is already carrying increased traffic since the opening of Glenstone in 2018. [Due to COVID-19, Glenstone will close Nov. 22 until further notice.]

Potomac Oak Center is located on 10 acres; three are zoned for neighborhood retail. During the WMCCA presentation, Semmes said the back seven acres were designated for use through the Montgomery County Land Link Program, connecting farmers with available land, and there is also a place for a farmers’ market.

Semmes pointed out that these uses would be dependent on getting sewer and that the use could change depending on community needs.

“We want to do something environmentally sound,” Semmes said.

The new sewer would be an extension of sewer on Travilah Road, 1,000 feet from the intersection of Travilah and Glen.

The process of getting the proposed sewer service approved is in the beginning stages. Eisinger and Semmes have applied for the permit, but there are official meetings – including those with the community – meaning the proposed changes will be a while in coming, if at all.