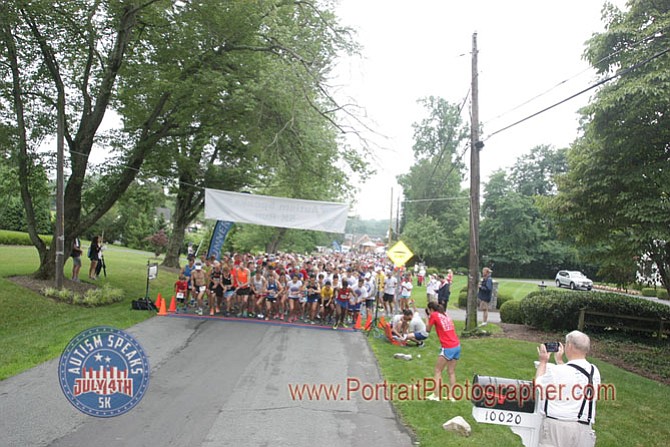 Independence Day commemorates the adoption of the Declaration of Independence on July 4, 1776, declaring the 13 American colonies a new nation. On this day, 16 years ago, the inaugural Autism Speaks 5K/Walk was held in Potomac Village.

It’s an appropriate day to gather forces to run and walk for brothers, sisters, nieces, nephews, children, grandchildren, friends and school-mates who have autism — to celebrate the independence each has been able to achieve at their own level, and also to support the drive to find a cure and better treatments for autism. An estimated three million people in the U.S. currently live with Autism Spectrum Disorder (ASD) and 1 in 68 children, 1 in 42 boys, will be diagnosed this year.

There are currently no medicines approved for use in treating the core symptoms of autism, nor are there approved blood tests or brain imaging techniques to efficiently and cost effectively diagnose ASD.

The Autism Speaks 5K was founded by Potomac’s Susan Pereles when she learned that her 2-year-old nephew had been diagnosed with autism. She literally “raced” into action, initiating the July 4th Potomac 5K charity race/walk to increase autism awareness and raise money for global biomedical research on causes, prevention, treatment and cures for autism. In her first effort, $100,000 was raised for Autism Speaks. The race will celebrate its 16th anniversary on July 4, 2016 — expecting to raise more than $250,000. 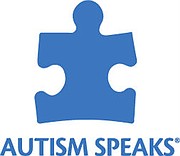 “We are thrilled because Under Armour Inc. has volunteered to serve as our shirt sponsor, donating a shirt for each racer,” Pereles said. “This is a huge support, because we previously had to purchase 2,000 T-shirts — and now more dollars will go to our cause. A team from Under Armour is also joining us for the race. We will have more than 100 teams from churches, swim clubs, schools, synagogues, communities and businesses running in Potomac and another six or eight teams running virtually, wherever they are in the world.

“We also have a lot of Potomac community support,” said Pereles. “River Falls Seafood has selected us to be their Charity of the Month for July, giving Autism Speaks 25 percent of their proceeds on July 1 – everyone, please go there on Saturday, July 1. Adam Greenberg always donates Potomac Pizza. We have more than $100,000 coming in from local sponsorships — BOWA & PMGI are Presenting Sponsors and, Sunny Shores Foundation, the Scott and Patrice Brickman Family Foundation, Precision Health Holdings, Potomac Deli, Potomac Pizza, TW Perry and many others serve as sponsors on an annual basis. This year Bethesda Magazine chose the race as their charity partner for the Best of Bethesda Magazine party in May.”

“Richie’s Racers” is one of the teams running virtually in this July 4th Autism Speaks race. Organized by Steve Kirstein, Richie’s father, the race has taken place in Dewey Beach for the past 10 years for everyone who heads to the Delaware beaches for the July 4 holiday. The run starts at 8 a.m., July 3, on Chicago Street, Dewey Beach and the runners and walkers run around Silver Lake and back.

“My son was less than 2 when he was diagnosed,” Kirstein said. “He was probably eight when we started our remote race at the beach. It’s something not only my whole family, but many of our friends and neighbors look forward to as well. People come from Dewey, Bethany, Lewes and Ocean City. Richie is the official finish line-greeter and water bottle distributor. He also loves the team photo we take at the end. It wouldn’t be summer without this run. It’s very casual but much anticipated among the participants, many of whom have been doing this for 10 years or so.

“In addition to the Team Dewey component of Richie’s Racers, there will also be a Richie’s Racers team Italy this summer, and possibly a Team Newport as well. The remote aspect has been very well received as so many folks are traveling on the July 4th,” said Kirstein.

Peggy Dillenburg is thrilled to be participating in the 16th Annual July 4 Autism Speaks 5K Race: “This annual event benefits Autism Speaks — a cause that is near and dear to my heart and that of my family because of its mission to raise awareness, support families and fund research for treatments and a cure for autism. Most people that know me are aware that I am the proud mom of two amazing boys, both age 16, both doing well in different high schools, but my son, Joseph, struggles to learn new skills because of the difficult hurdles of his severe autism.

“Autism is not something kids ‘grow out of’ and, in fact, as they age, families coping with this disease face even greater obstacles,” said Dillenburg. “A huge number of children with autism are not what you see in the movies — self-taught music and math geniuses who impress the world with their talents. A more realistic picture finds moms like me driving to therapy appointments, dealing with providers and insurance companies seeking the critical treatments and coping with behaviors and care and safety concerns. Most parents work to save for their child’s college education, but parents of a child with autism face the daunting task of planning for and financing care for the rest of their child’s life. The support and inspiration provided by Autism Speaks has improved the outlook for people and families coping with this disease. As autism rates continue to soar, it will not be long before every single American family has a son or daughter or neighbor or co-worker who is coping with autism. Research money and public awareness are the only thing that can change this trend. Autism Speaks provides education and family support and critical research dollars that have a real chance of changing the future for everyone affected by autism. For that reason, each year, my family, along with many neighbors, friends, and business clients, drop what we are doing each summer to raise critically needed funds for Autism Speaks, and raise awareness and support for the many families coping with this disease.”

To sign up for or donate to the Autism Speaks 5K/Walk, visit www.autismspeaks5K.org. Registration for adults is $40 ($45 on July 4) and for children $20 (14 and under). If out-of-town, plan to run through a “Virtual Race – Race Anywhere.”

Pereles cited another important event: “Autism ID/Night Out,” a safety fair held each May for individuals with autism and intellectual disabilities and their families/caregivers. Spearheaded by Officer Laurie Reyes of the Montgomery County Police Department, the event provides families to have the opportunity to meet local first responders, fire rescue personnel, K-9 units, and search and rescue officers. More than 550 community members participated in the 4th annual Autism Safety Night on May 20.

“The children leave home to have a new experience, a change of scenery or maybe to do something that they are not permitted to do. We treat it as an emergency and immediately send out Search and Rescue, Fire Rescue and police officer teams to search,” Reyes said. “We originally started this evening because we wanted to bring together the Montgomery County Police Department, Pathfinders for Autism, the Down Syndrome Network of Montgomery County, and Autism Speaks National Capital Area. We also wanted to include all the Safety Units and, most importantly those who have autism, intellectual disabilities and their families. We plan to continue holding this important event every May.”