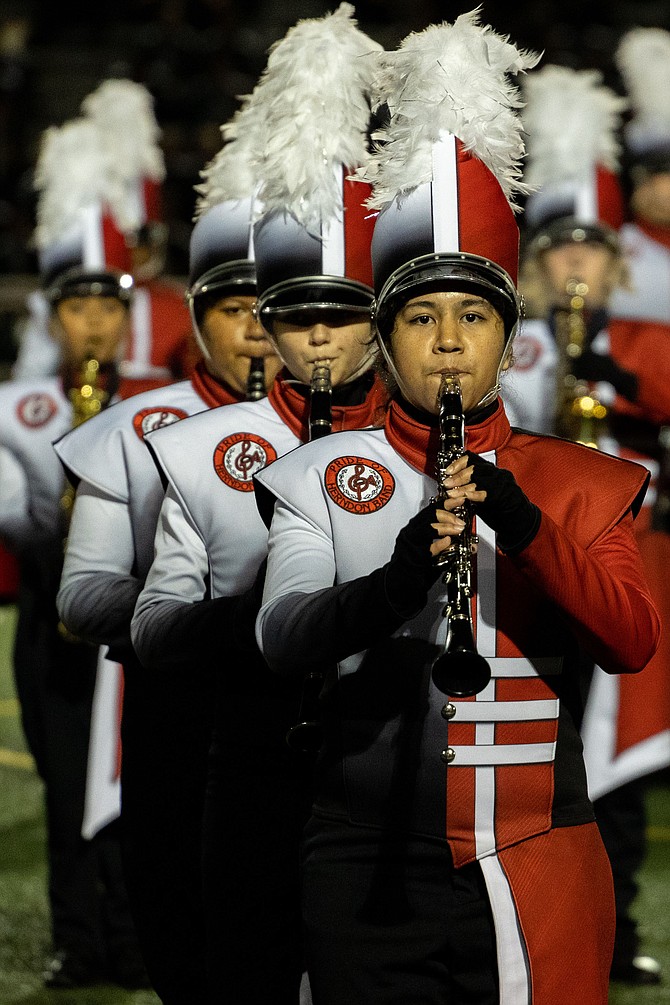 "I love getting to meet people from other bands and watch their performances," said Call Inman, senior. There are always so many unique concepts."

According to Herndon High School Band Director Kathleen Jacoby, the event is titled "Showcase of Bands" because it showcases the incredible work that students from across Virginia have put into their performances this season.

Tasneem Abdul-Rashid, junior, must have agreed. Tasneem said, "I can't wait to see what other bands put their sweat and tears into. Marching band is an activity that takes a lot out of you, so to see what others have created is a really fun experience."

Jacoby said that she believes bands keep returning because The Pride of Herndon makes their experience a priority. Freshman CJ Doan agreed, saying, "I have been volunteering since elementary school, and I look forward to it every year."

Gustavo Bonilla added, "Showcase is such a fun experience and great way for us as band members to bond and connect and make new friendships while working together."

Many students expressed similar comments that it is more than winning. "As the drumline captain, I'm looking forward to hearing all of the drum lines and seeing what I can add to make us better," said Michael Fullerton, junior.

"I can't wait for Showcase because it allows bands to learn from one another while connecting to members of other bands. Showcase is a part of the process that reminds bands around our area that we are all here to support one another." Jason Coleman, junior.

The HHS band was established in 1947, making it the oldest high school band in Fairfax County. Its growth has paralleled that of the town, which is now a thriving community with a station on the Silver Line of the Washington Metropolitan Area Transit Authority. The band expanded from its original fifteen musicians to more than one hundred fifty instrumentalists. Under the direction of Jacoby, it consists of the Marching Band, Wind Ensemble, Symphonic Band, Jazz Band, and Indoor Drumline.