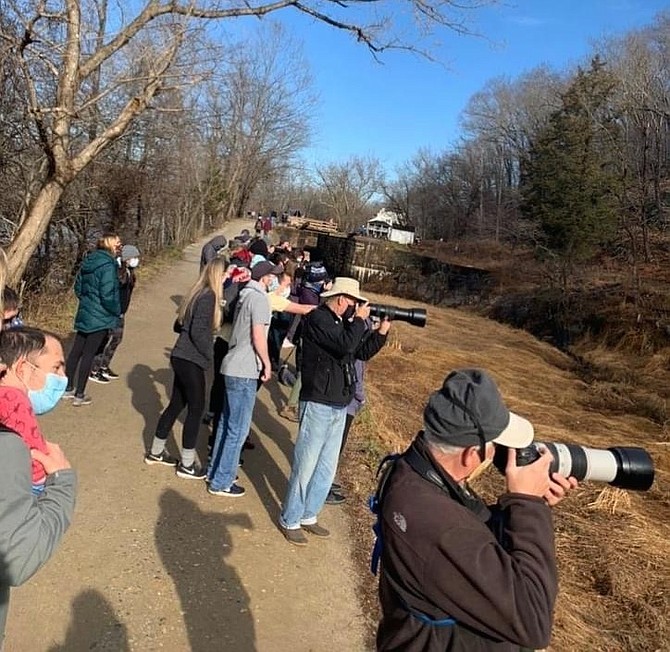 “This bird enjoyed quite a bit of fame today; after being absent early, he was found in the same place mid-morning and soon attracted a crowd of birders, which in turn attracted curious non-birders who had come to see the falls,” said photographer and birder Kojo Baidoo.

A male Painted Bunting, sporting colors that must be seen to be believed, has been hanging around in Potomac, just south of the Great Falls Tavern, causing quite a stir.