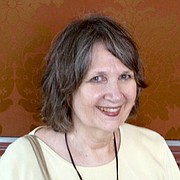 Anne Carlene Tongren died on July 23, 2021, in Potomac, Md. She was preceded in death by her parents John Corbin Tongren and Alice Jeanette Jones. Anne was born on Sept. 1, 1939 and grew up in Erie, Pennsylvania where she graduated from Strong Vincent High School and later from the University of Michigan. She relocated to the Washington DC area and began work with the DC library where she led a program for reading to children, and later worked at Unity Woods Yoga Center in Bethesda.

Anne later developed her own therapy practice, “The Turning Point,” named after hexagram number 24 of the i ching, an ancient Chinese prophecy text. She was deeply knowledgeable in the symbolic language of classic myths, stories and ancient texts and how they speak to our modern times and our present struggles.

Anne was known as a gifted and generous Jungian therapist and a valued member of the Jung Society of Washington. She presented courses for the Jung Society and many other organizations throughout the United States and beyond, including the Society of Friends regional conference. Anne’s deep spirituality knew no boundaries. She was a devout student of many great teachers.

Anne was the treasured holiday guest among her family and many other deep personal friends. She always showed up with memorable gifts filled with love; it never mattered what was inside for it was the amazing, creative wrapping on the outside, a feather she had discovered, a note on a piece of bark that made her gifts unforgettable. She shared her wonderful reading ability with her niece and nephews with fun accents that made the youngsters believe they were actually part of each story. Her stories and her beautifully written, tender notes were valued prizes.

Anne was a free spirit, pursuing her own interests, living her own life, her way.

She was also a giver, and student and lover of life. She touched the earth gently, as she did so many who will miss her physical presence. Those who knew Anne know that she will always be with us.

Anne’s memorial page is “https://www.forevermissed.com/anne-carlene-tongren/about” where those who wish may post their thoughts and stories of Anne. That site will contain the link to the memorial service. Donations may be made to the Washington Jung Society.